A weekend in Modena
to the discovery
of balsamic vinegar 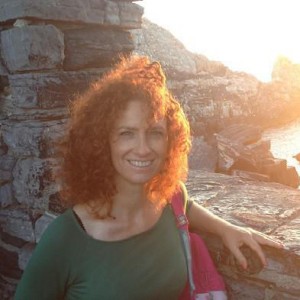 For many years I had wanted to visit Modena and discover the secrets of its famous balsamic vinegar and the occasion was offered last month when, at the invitation of a friend, we decided to attend a theatre show in Correggio, an elegant town near Modena. So we decided to spend Saturday discovering the vinegar cellars and the production of this refined product of the Italian tradition.

Doing some research I discovered that there are many vinegar producers in the area who sell IGP and traditional balsamic vinegar and cooked must. Yes, because this is the only ingredient of balsamic vinegar, together with a lot of patience and experience. Many families in the Modena area still keep ‘batteries’ of casks under the roof for private production, a sign of an ancient tradition that has its roots in history.

Some history of balsamic vinegar

The first written testimony on the production of “balsamic” dates back to the beginning of the year one thousand, by a Benedictine monk. He tells that during a stop in Piacenza in the year 1046, the king and future emperor Henry II of Franconia sent his messenger to the Marquis Boniface of Canossa, father of Matilde, “because he wanted the vinegar he had been praised for and which was made in the fortress of Canossa”. In truth it is known that the acetification of cooked must was a preparation already known since Roman times.
In fact, since the territory of the lower Po Valley was not suitable for the cultivation of olives or citrus fruits, it did not produce any food that could be used as a condiment. On the contrary, the vine was widely cultivated and used both for the production of wine and vinegar, which, among other things, was flavoured in the most varied ways with herbs, aromas and essences, including rosemary, vanilla and even roses.
The famous ampullae were considered a precious gift, so much so that they were given to kings and emperors. It is even said that Napoleon himself sold an entire collection of ancient balsamic casks to restore the finances of the Duchy of Modena.
But to have the name “balsamic” you have to wait for the year 1747 and the registers of the cellars of the Este court.
This appellation had the ability to immediately refer to the “balsam”, that is an essence able to produce relief and well-being to those who used it, thus denoting the particularity of its perfumes and flavours, and differentiating it from the many flavoured vinegars present at the time.

How balsamic vinegar is produced

As already mentioned, only one ingredient is needed: the grape must cooked and reduced to direct heat.

A battery of balsamic vinegar is composed of at least 5 barrels, called jars

Each producer then uses different procedures and methods, so it could be said that the production of balsamic vinegar is completely ‘customised’. The grapes used are mainly local, Trebbiano, Lambrusco and Ancellotta, but other varieties can also be used.
The cooked must obtained then begins its long aging process in casks, according to these ancient and different methods. The most common one involves the transfer of about a third of the capacity from the largest to the smallest barrel – a battery is made up of a minimum of 5 barrels, called jars, of 5, 10, 15, 20 and 25 litres – over a period of at least 12 years. Only in the 13th year does it begin with the annual withdrawal for actual consumption.

The barrels are made of different woods (mulberry, oak, cherry, chestnut, juniper, ash), each of which gives the vinegar a particular aroma: sweet, spicy, fruity.

It is traditional for families to buy a battery or start a new production at the birth of a child to taste the balsamic vinegar, the so-called “stravecchio”, at the age of 25 years.
In fact, only after the vinegar is aged for 12 or 25 years the balsamic vinegar obtains the mark of Denomination of Controlled Origin and can boast the definition of Traditional Balsamic Vinegar.

This is why patience is a key ingredient in production.

How to recognize the true balsamic vinegar of tradition

There are some very precise characteristics listed in the production specifications of traditional balsamic vinegar:
1. Use of the rounded ampoule
2. Controlled Designation of Origin mark
3. Capsule of different colour to indicate respectively the product aged 12 or 25 years

If you are wondering whether or not that pretty little bottle you have at home contains a truly original product, simply compare it with the picture opposite.
In fact, there are many types of balsamic vinegar with the PGI mark on the market, a mark that indicates that that specific product has been made in the Modena area, according to traditional methods. However, most of these vinegars have been aged for periods well under 12 years – on average 60 days – with the addition of a variable percentage of aged vinegar.
To be sure to use a genuine product, just read the list of ingredients: remember, there must be only one ingredient, cooked grape must.

How to taste balsamic vinegar

During our visit to the Museum of Traditional Balsamic Vinegar in Spilamberto we admired the collection of batteries that are still in use and are entrusted to the expert experience of the Consorteria dell’Aceto Balsamico Tradizionale. These include the Slow Food battery and Massimo Bottura’s battery for the Osteria Francescana, the most starred and famous restaurant in Modena.

But it was the tasting of the vinegar that was the most beautiful moment of the visit, because it allowed us to taste a product that we thought we knew but, in reality, we did not know at all, accustomed as we are to the taste of the industrial one that can be found in all supermarkets. A unique experience, a dense delight of taste, with notes ranging from sweet, sour, salty, bitter: in short, true rejoicing for the taste buds.
A few drops are enough to give taste to our dishes, both savoury and sweet, so no more icing juices!

For those who want to retrace our steps here is the story of our weekend in Modena and surroundings.

We visited the Museum of Traditional Balsamic Vinegar of Spilamberto in the early afternoon, after a tasty lunch at the Bar Nazionale, right in the centre, which offers amazing sandwiches and hamburgers prepared with care by Cosetta. It is preferable to book the visit, which lasts about 2 hours.

In the late afternoon we reached our B&B, in the countryside just outside Modena Nord. The owner is a very kind girl with a passion for shabby.
All the rooms are furnished with handmade elements made from second hand material. The environment is perfect for a family having 2 bedrooms and a common area with kitchen. The breakfast did not disappoint expectations, offering a varied selection of desserts, from pancakes to tart and chocolate cake wonderful!

On Sunday morning we visited the historic centre of Modena and unfortunately we were late to learn about the possibility of taking part in guided tours led by authorised guides, with a meeting under the steps of Modena Cathedral. For more information please visit the website