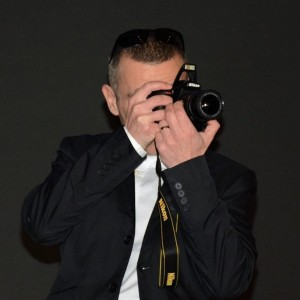 A magical place, out of time. I can’t think of Rome without thinking of Forte Prenestino. At the centre of Centocelle, in the south-east suburbs of Rome, a social centre, a park and a series of underground passages from which drawings, music, thoughts, parties are born. A meander of tunnels and open spaces that at night comes alive with people of all kinds, and during the day hosts social activities from language courses for foreigners to after-school classes for the kids of the neighbourhood, from theatrical experimentations to archery.

Even the last time I passed through Rome, on the occasion of my 40th birthday, I stopped by the Fortress. The Fortress, as everyone in Rome calls the Forte Prenestino. Although there would be 15 similar fortresses scattered around the capital: military fortresses built in the second half of the eighteenth century by King Umberto I of Savoy to have a defensive system for Rome. In reality, all the structures built were abandoned almost immediately (the one on the Prenestina served as an ammunition depot for a couple of years) and fell into decay. One of the few that has resisted is precisely the Prenestino, and the reason why is all in its history.

The entrance of Forte Prenestino

But let’s go to order.The main entrance of the fortress is in Federico Delpino street, in the district Centocelle (the one told by Pasolini in his books and movies, but we will come back to this one). You enter through a park, an urban green space with an incorporated elderly centre. The entrance is the original one: we pass over a bridge to cross the moat and enter the bastion that looks like a sort of Prussian-style castle.

Once inside you realize that it is not a place like any other. Murales and decorations surround all the entrance tunnels. You are fascinated to observe them all, moving from one open space to another. There are two enormous open spaces on either side of the tunnels. In both, in the evening, social activities take place such as concerts or fests. In the tunnels instead there is the everyday life of Forte Prenestino.

In order to understand the fortress it is necessary to understand its history. In 1976 the area passed from the Ministry of Finance to the Municipality of Rome. But it remains in a state of degradation and abandonment. The first occupation took place in 1977, but lasted only a few months. History has it that on the 1st May 1986, on the occasion of the Labor Day, organized for some years now in the public park next to the Fortress, some young people from the Prenestino-Centocelle district occupied the Forte Prenestino , a structure of about 13 hectares, composed of many rooms and large green spaces.

The children inside clean up the large waste dump that the Fortress had become over the years, carry out renovation work and the structure becomes socially liveable. In fact, the occupation – which has continued uninterrupted since 1986 – has made it the only one of the fortresses of Rome that has been re-functionalised and made available to the citizens. A nice article by Repubblica recounts its salient passages. From then until today, everything is based on self-financing and theme nights to be subscribed. At this link you can find more details on the history of the Fortress before the occupation.

The art at Csoa Forte Prenestino (an occupied and self-managed social centre) can only be breathed in by entering. The walls are full of high quality murals that give a unique look to the interior. Murals that over the years have replaced the previous ones, giving an ever new picture to visitors’ eyes.

It’s no coincidence that it has been taking place here for years in festival Crack! which sees the comic in the foreground. And it is no coincidence that the Fort Prenestino has grown artistically Zero Calcare, protagonist of many posters of the concerts of the same Forte Prenestino and of a volume on the occasion of the 30 years of occupation.

Eating and drinking at the Fortress

Obviously the best known halls, in addition to the concert areas, are those that offer refreshment. Usually the bar area, especially in summer during festivals, also moves outside. But inside the Fortress’ brewery (the Pub 12 De Tutto), the Tea Room and the Wine Shop are real landmarks. Cold evenings in winter and sleepless nights in summer: at the Fortress you will always find someone to offer you a beer or a hot drink. Prices are popular and the Tea Room is very well stocked.

I have always considered the Fort a place for everyone. With only one rule to respect: the respect of others. When I was a boy they used to paint it as a ‘communist mint’ place. True, in part.

An illegal place by necessity and choice

Because it is located in the centre of a neighbourhood where – the inhabitants don’t want me to – ‘coattelli’ abound. They are among the frequenters of the Fortress, together with people with suits and ties and punks with fuchsia crests.
There are mothers and fathers with children and couples of little boys. A place that has no equal. Not only in Rome.
Of course there are those who live at the Fortress. They are the ones who organize, who clean, who arrange after the parties, who work hard to make sure that everything succeeds. They say of them:

“The Forte Prenestino has been an occupied and self-managed social centre since 1986… It is a social centre, a place of sociality, fun and organisation of collective time, of exchange of ideas, visions, energy, knowledge. It is occupied, it was abandoned to decay and it has been reopened, inhabited, crossed and lived without the authorizations that would have never arrived. An illegal place by necessity and by choice. It is self-managed, it experiences an organization of its own space and activities based on the free association of individuals united by a shared planning and ethics”.

In the thousands of rooms on either side of the tunnels there are many different activities. From the movie theatre to the music rehearsal room. During the day there are in fact countless activities carried out at Forte Prenestino: gym, cinema, photography and comics courses, circus and acrobatics courses, horizontal mountaineering, yoga, boxing. There are also music courses, Italian courses for foreigners and language courses for Italians, after-school courses for children. Over the years, in fact, many others have been added to the historical activities. On rare occasions the underground area is also opened, with other incredible underground passages and many small cells. This is the area that is generally left open for exhibitions or special tastings.

Where is the Forte Prenestino

Forte Prenestino is located at Centocelle, precisely in Federico Delpino street. It is convenient to get there by car as there are many free places in the area (this is not valid for special parties or concerts, in that case bicycles or scooters are recommended). But you can also get there with the tram n.14 which leaves not far from Termini station and stops in Palmiro Togliatti street: from there it is a 10-minute walk.

A tour of Forte Prenestino

And now after I tell you about it I’ll show you quickly. Here is a 360° video I made at the end of March. I hope to give you an idea (maybe in the future I’ll make another video at night, with some concerts and a lot of people inside) Move the mouse from computer or move the frame from smartphone to see everything around.