London with Kids: Discovering the City with Mom and Dad 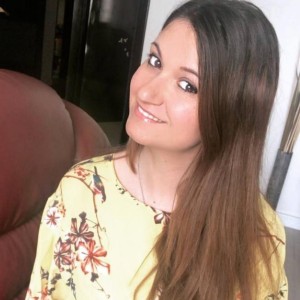 If you are planning to go to London with children, here is a useful vadevecum to discover the city with Mum and Dad.

Among the European capitals, London is certainly the richest in things to do, with museums, exhibitions, parks, castles, children’s toys and of course the Royal Family. Before leaving, however, it is always advisable to take a little walk on what to see and where to go, so as not to be unprepared. When travelling with children, you must make the best possible arrangements to avoid inconvenience or sudden whims in the middle of the road.

What to do in London with children

The city of London offers plenty of places to visit with the family. The first thing you need to know is that in London, they speak English and you will hardly find anyone who speaks Italian, so before you leave it is best to learn a few words of those that can be useful in an emergency, just to make yourself instantly understood.

Let’s start this guide with the attractions that make this European capital famous more than any other: museums. What museums to visit in London with children?

A must is the National History Museum, London’s Natural History Museum with many interactive stations and a room dedicated entirely to dinosaurs, some of which are on the move. Admission is free. The museum is very large so once you get in, get a map to choose the rooms that interest you the most. Metro/Tube: South Kensington stop.

Very close to the National History Museum is the Science Museum, full of steam engines, aeroplanes, missiles, vintage cars and an interactive playground, very fun for children: The Garden. Admission is free for the permanent exhibitions, only some special exhibitions, the IMAX cinema and flight tests. Metro/Tube: South Kensington stop.

We continue this journey to London’s museums with the British Museum. Although the type of museum may seem unsuitable for children, you will be amazed by their wonder at the Rosetta stele, if you have told them the story first or in the rooms dedicated to Egyptians and mummies. Admission is free. Metro/Tube: Tottenham Court Road, Holborn, Russell Square, Goodge Street.

An exhibition space well worth a visit is one of the most famous and easily recognisable buildings in London, as well as the city’s former centre. We are talking about the Tate Modern, the museum of modern and contemporary art. Inside, there are some very impressive displays that will leave children speechless. Free admission. Metro/Tube: Southwark (Jubilee Line), Blackfriars (District and Circle Lines), St Paul’s (Central Line).

If you want to entertain the children and have them take some pictures with their favourite characters, you must go to Madame Tassaud, the most famous wax museum in the world. There are so many famous wax figures, perfectly reproduced and so many people in the rooms that it is difficult to distinguish real people from wax ones! At the end of the route a room is dedicated to the process used to make the wax statues and then you run up to the wagons to discover the history of London. A very funny and colourful path, which children will love very much. Metro/Tube: Baker Street.

London’s parks to visit with children

Weather permitting, you can’t explore London with your mum and dad without going to Hyde Park or Regent Park. Hyde Park offers children plenty of space to play and has one in memory of Diana Spencer. Also inside you can take the pedalo or go in search of the statue of Peter Pan. Hyde Park is also full of squirrels, ready to eat peanuts from the little hands of the children.  Inside Regent Park there is the London Zoo. If you book the entrance online you can get a 10% discount on the entrance ticket.

The symbols of London

Absolutely not to miss the changing of the guard, which is a real parade, in front of Queen Elizabeth’s house at Buckingham Palace. Since 1993, the most important rooms of the palace have been open to the public during the summer, usually from July to September, when Her Majesty is in the summer residences of the royal family. You can visit the so-called Chambers of State, namely the Throne Room, the White Salon, the Music Room and the Picture Gallery, the Royal Gardens, the Stables and the Art Gallery. Tickets sell out easily so it is better to book them online. Metro/Tube: St. James Park, Victoria Station and Hyde Park Corner.

The Tower of London

From the Royal Palace another must-see stop is the Tower of London, which once was a fortress, royal palace and prison and now houses the crown jewels. To guard the tower you will find the Yeomen Warders in their typical red and black and … many imperial ravens, regularly enlisted in the UK Land Armed Forces. These particular soldiers, who have a privileged treatment, are cared for, fed with first choice meat and cured in case of health problems, but cannot leave the Tower. A legend combines the fate of the British Crown with that of the crows. It seems that “if the crows of the Tower of London die or fly away, the Crown will fall and with it Britain”.

If you go to London with your children you can’t fail to see Tower Bridge, London’s most famous drawbridge and perhaps even attend its opening to allow boats to pass through.

Finally, a walk to the symbol of London par excellence, the House of Parliament’s Big Ben, is not to be missed on this tour of the city with mum and dad. Metro/Tube: Tower Hill Station (District Line, Circle Line).

There are also many other things to do in London with children, such as visiting the toy shops, the most famous being Hamleys on Regent Street. You can watch one of the many musicals that are organised annually in the theatres or you can visit Kings Cross station in front of the sign on platform 9 and ¾ imagining the wizard of Hogwarts and take a souvenir photo. But remember … the line is always very long! Remember that public transport, bus and metro, are free for children up to 10 years of age when accompanied by an adult with a ticket.