Mosque of Cordoba, reflections on the visit of a wonderful monument 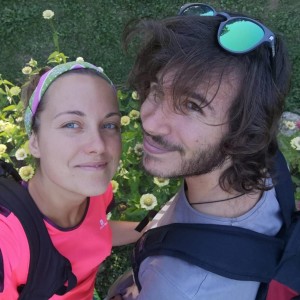 Home » Destinations » Europe » Spain » Cordoba » Mosque of Cordoba, reflections on the visit of a wonderful monument

One of the things that impressed me most about our trip to Andalusia was the visit to Cordoba and especially the Mosque of Cordoba or Mezquita of Cordoba. This structure, in fact, for how we lived it, contains much more than a place of worship, it represents in a clear and clear way what is the human temperament; in fact, it highlights many aspects, such as the unbridled need that we have to prevail over each other, the desire to be always great and the need of every religion to maintain that it is “the right one” and all this shows it with a mask of unprecedented beauty.

When you enter the Mezquita of Cordoba, you are literally overwhelmed by the unreal climate that reigns inside it; dozens of arches and vaults in Arabic style manage to give at the same time the feeling of being in an immense and solemn place and that of being in a welcoming place that guarantees you your space of solitude in which to reflect.

All this sensation lasts until the moment when, walking along the building, you meet the Christian-style wall of the church; it is at this exact point that, in my opinion, you can see all the aspects of the human being that I listed before; the story of the Mezquita in fact, in spite of the sensations that this place emanates, tells episodes of domination, supremacy and prevarication.

When the Muslims occupied Cordoba in 756 they decided to destroy the Visigoth church in order to build the first structure of the Mezquita, which was then enlarged three times during their reign until it reached its present size.

In this act the Muslims wanted to affirm their religious supremacy by destroying the Christian symbol par excellence, thus trying to annihilate a culture different from their own by imposing their thought.

The reconstruction of the Cathedral of Cordoba

In 1236 A.D., however, the Christians re-conquered Cordoba by admitting the expulsion of the Moors from the south of Spain, and again, the new occupants wanted to restore and impose their religious beliefs again, and to do so the most obvious way was to build the Cathedral of Cordoba inside the Mosque of Cordoba, the largest existing mosque and the beating heart of the Muslim kingdom.

What history leaves us is a unique monument, of truly incredible beauty, but at the same time sad; sad because it fails to highlight that game of depth and space that the Arabs had thought and in the same way because the beautiful cathedral inside it is perceived as a prevaricating presence in previous religious culture.

But at the end of all this I have to say that perhaps there is nothing new in what I have said because in battles there are neither winners nor losers and the Mezquita is perhaps the most shining example of this: two grandiose monuments which, while remaining such, partly cancel each other out.

Cordoba or Cordoba, is a city located in the region of Andalusia, south of Spain. A city that has undergone numerous influences from various civilizations that characterize its development over the centuries. Carthaginians, Romans, Visigoths… but it is with the clash between Moors and Christians that the city acquires the architectural and multicultural splendour that it has until today.

Ronda Spain and charm in Andalusia