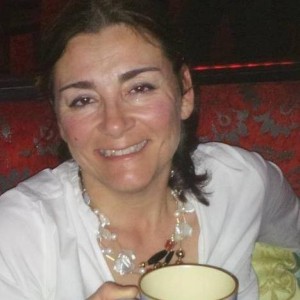 When you go to London for the umpteenth time because you love every facet of this incredible and multifaceted metropolis, you get bored of the same places full of tourists flooding the pavements full of shopping bags and looking for alternatives.

Away from the crowd

Shoreditch from bad neighborhood to trendy, reference for the hipster community

This is exactly what happened to me, and it is also the reason why, one fine day in October, I found myself in the neighborhood of Shoreditch, in the East End.
I had read something about it: I knew then that this was once an industrial area, and that in the nineteenth century it was really very bad, with crime, prostitution and poverty a go-go. Since the end of the last century, however, like many Borough of London affected by the phenomenon of expansion of the centre, gentrification, Shoreditch has changed its identity, becoming a trendy neighbourhood, full of small shops and trendy clubs. As well as the natural home of the hipsters…

The first positive impression I got from the brick buildings: the former council houses (now worth millions of pounds) and the former factories with high chimneys, all converted into warehouses, shops, premises. As an urban exploration enthusiast, the feeling of finding myself projected into the past, at the beginning of the industrial era, with that beautiful air of coal fumes, immediately put me in a good mood. And it was with this state of mind that I entered the Old Spitalfields Market, believing that what I had read about it, i.e. that it hosted “ethnic” themed stalls depending on the day of the week, was true.

In short, at least some craftsmen selling handmade products were expecting it! And instead, almost all of them offer mass printed T-shirts with punk kittens and similar amenities… There are also very beautiful objects, such as silver jewellery and leather accessories, but otherwise nothing much. I was impressed, of all people, by the stand of a gentleman who offers foot reflexology services: you lie down comfortably on the armchair, with a mask on your eyes and headphones in your ears, and for a while you let yourself be massaged on your feet. You are practically in the middle of the street, but who cares: London is also this!

The realm of vintage in London

I was actually looking for a particular shop, and I found it right behind Spitalfields: it’s called Absolute Vintage and is the realm of vintage shopping at London. As soon as you enter your nostrils are hit by that particular smell of old shoes that you used to smell in cobbler shops.

And all you can do is get lost in the middle of a myriad of shelves and hangers full of clothes, bags, shoes that belonged to who knows who. The idea of dividing the items by epoch is excellent: I was particularly enchanted by the 1930s sector. Things worn by people who lived more than eighty years ago! The prices are outrageous, but I have yet to find any cheap place, at London.

The labyrinth of the used

All around the Absolute Vintage there is a real maze of overflowing alleys of little shops and stalls offering anything, as long as it is used. From bakelite phones, to books, prints, vinyl records, gramophones, photographs… It’s almost like exploring the wreckage of a sunken transatlantic liner with a load of post-war memories. I’m not an Instagram fanatic, but I like to take and publish photos: well, I couldn’t even take one there because it’s strictly forbidden, as the numerous signs written in several languages remind us, even if it was a military area.

Famous graffiti (and not)

Patience: in the rest of the neighbourhood there is plenty of material to portray. One only needs to get lost in the surrounding streets to find oneself in the realm of street art. Famous artists and perfect strangers have disseminated Shoreditch with their works: Shok-1, Monsu Plin, Stik, Lewis Campbell, Roa, and – if you are lucky enough to find one before it is deleted or vandalized – none other than Bansky.

London, whose predominant colours are grey and brown (especially when the weather is rainy or cloudy, i.e. almost always), thanks to this real open-air museum gives walkers an explosion of imagination and creativity that makes you almost regret not being as good with spray cans. Personally, in fact, I have always envied those who, with a few strokes, are able to outline faces and landscapes, to tell stories, to transmit emotions.

For those like me who are always looking for something truly original, Shoreditch is a guarantee. If you are lucky enough to own a nice beard (or a boyfriend who does, as in the case of a friend who has followed one of my explorations), How to Beard is for you!

But the choice is really vast: from the famous Cereal Killer Cafe managed by two hipster twins that to define as hot is too little, to the 50s style hardware store, to the strictly indie clothing shop, to the handmade costume jewellery, to the tailoring that uses fabrics from the 30s…

Of course, they’re not all roses and flowers: while many of Shoreditch’s narrow streets offer an oasis away from the crowds and large retail chains, many of Brick Lane’s retail spaces are occupied by neon lights and overflowing with cheap junk. But this too is London, with its contrasts and endless supply of things to do and see.