The Alcantara gorges, all the wonder of nature in Sicily 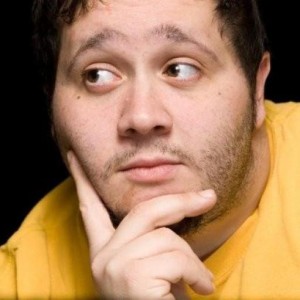 Home » Destinations » Europe » Italy » Sicily » Province of Messina » The Alcantara gorges, all the wonder of nature in Sicily

When my Sicilian friends, of whom I was a guest, suggested that I go on an excursion to the Gole dell’Alcantara, I confess that I also ignored its existence. “We will introduce you to some magical places” I was told to overcome my idiosyncrasy of walking a lot.
I accepted more so as not to offend them of the courtesy they were showing me since I arrived at Naxos a Taormina which is not out of true conviction.

I must admit that the sedentary life I lead makes itself felt. And even on this occasion it left its mark: it had definitely left me lazy in body and in the desire to do something dynamic like a hike – a.k.a. endless hiking – in nature. However, in order not to offend my friends, I got rid of the Grinch role that I often enjoy playing and let my enthusiasm emerge. But I already imagined that it would be a very tiring outing in the middle of nowhere.
All the more so as I was unaware of the existence of the Alcantara Gorges! Anyway, I discovered that these gorges owe their name to the homonymous Alcantara River which crosses them and which are part of a protected river park – Gole Alcantara Botanical and Geological Park – of which they are its greatest attraction because they are very scenic.

Alcantara Gorges where they are

On the appointed day, together with my friends, we left for Messina and in the vicinity of Francavilla of Sicily, at Motta Camastra, we stopped. After only about ten minutes of gentle walking – I really feared it was a much more demanding route – we reached the beginning of the famous gorges.  The Alcantara Gorges are characterised by being a rock formation made up of basalt of volcanic origin that over the millennia has been shaped by the river. As it flows, it has managed to create a channel about six kilometres long and almost five kilometres wide which in certain points reaches a height of almost twenty-five metres. Immediately I had the idea of seeing a unique landscape on the face of the Earth. Unrepeatable.
My travelling companions explained to me that the river is over three hundred thousand years old, although its current appearance is due to three “newer” lava flows, dating back about eight thousand years. These, once cooled down, gave rise to the breathtaking view that I was facing.
In practice I was taking a real journey back in time and fantasized about how many human beings had walked, in the past, the same path that I was taking at that time.
Backed by their unparalleled beauty, the Alcantara Gorges had redeemed me from my laziness: freed from the fear of getting tired quickly I was all caught up in the desire to continue that fantastic exploration that had completely bewitched me: this place made me feel alive, vital.

One of the things that surprised me the most is the care and attention that the park managers use to make it easier for visitors to get to know the gorges. There are even multimedia installations that explain the origins of this place and the paths that run through it.
Friends told me that at the end of the whole route we would find the Source of Venus and that from above we would be able to take a good look at the lava basalt walls plummeting towards the ground.
But let’s proceed step by step and start from the beginning. We reached the river on foot (I was so reluctant to walk) preferring to go down the more than two hundred steps rather than using the comfortable lift next to the car park where we left the car.
Because we were not equipped for exploration, we rented waterproof boots and dungarees to avoid getting wet.
The first of the paths we followed was the Sentiero di Eleonora which allowed us to admire some canyons that extend for more than six hundred metres.
The second route was the Mediterranean Garden Trail which starts where the first one ends, passes through a citrus grove, typical of these areas and arrives to some basins dedicated to the fitodepuration.

Besides walking, inside the park it is possible to venture among several other things and my friends let me choose the one that intrigued me the most.
Among these there is the opportunity to do – under the supervision of expert guides – also the Canyoning. This is a trekking mixed with easy trekking after being fully equipped with wetsuit, helmet and safety jacket.
Although the idea teased me, I was worried about the fatigue that would inevitably accompany that sort of Sicilian Camel Trophy and I turned down the offer.
The alternative was a bike ride of about thirty kilometres to grind between paved and unpaved roads. Even this prospect did not completely convince me.
In the end I chose to do a quad bike ride. It’s about driving on an entirely off-road route, these special four-wheel-drive motorbikes and discovering the Alcantara valley, arriving at a point from where you can also admire the Etna and its lava flows.
It was really exciting though, I came to know that it would be possible to do the rafting and the body rafting: if I had known, I would have definitely chosen this option. As in any other place where this discipline is practised, the organisers will provide you with the necessary equipment (jacket, wetsuit and helmet) and explain how you should behave during the descent with the raft along the river. Needless to say, seeing the gole from that unusual perspective must be really exciting also because, in some places, you have to dive into the river and let yourself be carried away by its current.

Alcantare Gorges: an experience not to be missed

My advice for those who go to Sicily is not to miss the opportunity to spend a really interesting day discovering the Alcantara Gorges. There are activities made of adventure but nobody forbids to lie down on the meadows at the edge of the river, simply to sunbathe and enjoy a day of intense relaxation or take a bath, but be careful, the water is always very cold!

It is good to remember that in winter, between November and March, the Park is closed for security reasons while in the other periods it is open from 8 to 18 (in summer until 20) every day.
The cost of the ticket is variable: you can go from 12 euros for adults in high season but you can go down to 10, 7 and 6 euros depending on the season and promotions. Children up to the age of 6 years enter for free.

Seven against Thebes
at the Greek theatre of Syracuse