Parisian Passages, a walk to discover the “real” Paris 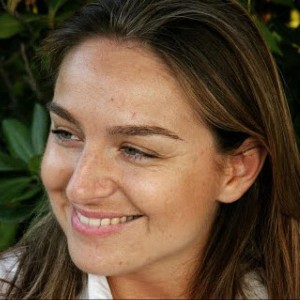 What to do in Paris when it rains? A walk on the tracks of the most parisien route imaginable, to discover a hidden city, protected by volutes of glass, iron and lead. A more intimate and intimate dimension, no less romantic than the great boulevards and the long Seine, but certainly more mysterious and characteristic. A Paris within Paris that offers new perspectives and a dry shelter to a rainy autumn weekend.

I have been to Paris so many times that I can’t even remember them all. This is due to the fact that two of my dearest friends have been living there for years now, or that with a flight of less than two hours from Pisa I can catapult myself into the folie of the Ville Lumière, but as soon as I have the chance, I go there, even for just a few days, even just for a weekend.

And it was thanks to one of these last minute trips of only three days that some time ago in early November I discovered the most Parisian itinerary of all. I had long wanted to travel it, but this time the incessant rain left me no alternative. So here I am, discovering the Paris of passages and covered galleries.

A Paris made of private atmospheres and suggestive and suspended notes. No city in the world has so many and many Parisians do not even know these covered galleries that in the past played a central role in the city’s social life. Among the Paris Galleries there are some very elegant and very popular and each one is characterized by its own particular way of being. Along these galleries are characteristic and exclusive stores, cafes, restaurants and terraces. Above the signs of the stores you can often glimpse flowered balconies and windows with open curtains that give a stolen glimpse on snapshots of ordinary people’s lives, because many of these passages are still inhabited today.

Passages Paris, some hints of history

Towards the end of the 18th century, in the gardens of Palays Royal, the famous Galeries de Bois were built, which were immediately a great success and within a short time more than fifty covered passages were built in their imitation throughout Paris.

Initially the Parisian passages were built for commercial reasons and to provide passers-by with a safe place to shop, away from the mud and carriages, today there are about fifteen left and each one represents a world of its own.

Parisian Passages, where are

I tried to trace – a little mentally, a little on a sheet of paper – a single view route which, following the classic “turn right” “then turn left”, “now cross the square” signs, could include all the Parisian passages, but it was practically impossible. Or at least… I have identified at least three routes. So I abandoned the idea of an univocal route in organised stages, and I put my metropolitan flâneur spirit into action.

As an indication, I can only say that covered passages and galleries are located on the Rive Droite, in the Grands Boulevards area, between the 1st and 9th arrondissements. As with any “important thing” in Paris, none of them is too far from an underground exit, but in this case I strongly advise against using this means. The best way to discover them is on foot. That’s what I did. At first I armed myself with the classic folded map – which you can never fold properly – but the incessant rain immediately tore it apart. So I looked at the premises and bought an index of the streets: “Paris classique par arrondissement: 29 plans de la proche banlieue” a small pocket booklet that contains the Atlas routiers of the city in a series of plates. Since then, every time I go to Paris it is the first thing I put in my hand luggage.

The most famous of the Parisian passages, anecdotes and history

One of the most famous galleries in Paris – and the first one I visited – is located near the Louvre Museum, in Rue Jean-Jaques Rousseau: the Galerie Vero-Dodat. The history of this passage is full of anecdotes. It was commissioned by two delicatessens, Vero and Dodat, to shorten the road between the districts of Les Halles and the Palays Royal. Inside, one’s gaze is captivated by the many glass panes, copper decorations and crystal globes, once necessary for gas lighting, which today remain, together with the sumptuous cast iron volutes, as splendid street furniture.

It was from here that the carriages and stagecoaches departed for the whole of France; and it is here that even today, tourists and the people of Paris sit in the bistros of the delightful Café de l’Epoque and buy fine books from what is perhaps the successor to the bookseller Aubert who printed and distributed satirical-political caricatures.

Here you will find elegant perfumeries and luggage shops, but above all the heir to Monsieur Bontoux’s shop, which dispenses the best timbales in the city. Decorators, luthiers, specialists in antique dolls. Crossing it, it seems like walking through the Paris of Balzac and the Restoration.

Not far away is the small but enchanting Passage du Perron which houses a delightful music box shop and a surprising wooden toy boutique set in stone.

Simply arrive across the street and the cheeky red Passage des Deux-Pavillons catches the eye and it is impossible to ignore the beautiful windows of its only two shops.

After crossing the short red passage, near the Hotel Colbert, the Galerie Colbert opens up and merges with the Galerie Vivienne. It is the good living room of Paris, absolutely one of the most elegant places in the city. And one of my favourites, along with Place des Vosges. If I ever win the lottery, I would buy a flat here, but on the other side of the square from where Victor Hugo’s house-museum is located, because that side is almost always in the shade.

Paris Covered and the competition between Parisian passages

Returning instead to the Galerie Colbert and the Galerie Vivienne, it seems that the two have always rivalled each other and that this competition has led the exhibitors to embellish the two passages to the extreme, to amaze passers-by with increasingly exclusive proposals. The Galerie Colbert, created in 1826, is overlooked by an immense glass dome under which a huge candelabra once triumphed, now replaced by a statue depicting a young woman in homage to the ladies who have always frequented the gallery. The shops and offices of the National Library, the famous Colbert Bookshop and the luxurious restaurant of the same name have their headquarters here, where, reading the reviews of the most glossy guides, you can taste the best apple pie in the whole city. I haven’t had the chance to try it. Maybe on my next trip.

Its twin, the Galerie Vivienne, was commissioned by a famous notary public who hired a great architect, François-Jaques Delaunoy, who decorated the gallery with pillars, laurel wreaths, fruit, cornucopias and the Caduceus of Mercury, all symbols of success and trade. Over sixty unique shops parade along its sides, including small fashion, fabric and clothing houses and an incredible fake flower shop. Completing the show is a charming tea room, and for bibliophiles from all over the world, a must-see place: the Librairie Siroux.

Passage Choiseul and the painters of Paris

Not far from here, the Passage Choiseul, less elegant perhaps but of undeniable charm because it is linked to the story of Céline who spent her childhood there. It is a place full of life with its internal loggia topped by a clock. Among the most characteristic shops is a toy shop specialising in giant reproductions of the gargouilles of Notre Dame and Lavrut, a huge tempera and oil colour shop frequented assiduously by Parisian painters.

And then there is the Passage des Princes, with its modern electronics shops, perfumes and smells, spices, wine and chocolate, or the Passage des Panoramas (I love it), intricate and evocative, dotted with eccentric restaurants such as the Victoria Station, set up like a dining car from 1900, or the Panoramas and the Nation, frequented by actors and directors, or Le Croquenote where every evening you can watch musical performances.

The Passage Juffroy is definitely one of my favourites with its beautiful antique toy shop and the one selling vintage prints and film magazines, which then flows into the Passage Verdeau in the direction of the rue du Faubourg Montmartre with its antiques, modernism, or brocantes, as they are called in France. Finally, the Passage Reilhac, located in the 10th arrondissement, connects the rue du Faubourg-Saint-Denis to the Boulevard de Strasbourg.

Map of the Parisian Passages

Père-Lachaise and graves not to be missed