Trekking in Viareggio among pine forest and coastal dunes 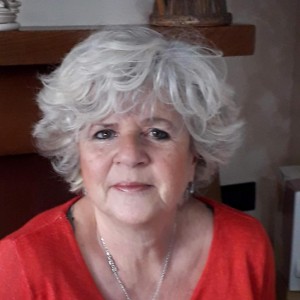 Trekking in Viareggio, a city called the pearl of the Tyrrhenian Sea, is something that nobody thinks about but can reserve big surprises. Viareggio is known for its beaches, the wonderful avenues, the Carnival and the shipyards, famous all over the world for the construction of yachts, but also the naturalistic aspects are well represented and protected by the Natural Park of Migliarino, S. Rossore, Massaciuccoli.

The Darsena, the Pineta di Levante, the Sentiero della Lipu, the Vialone, the flowering of the camucioli and the pier.

With this article I would like to tell you about a less known part of the city, more secluded from the centre but not for this reason less attractive, on the contrary, more than other areas, very fascinating and with a fortunately intact nature that manages to give strong emotions.

Trekking in Viareggio among coastal dunes and endless pine forests.

This is the area to the south of the city, the one that from the dock almost reaches Torre del Lago, a district of the city that delimits its southern borders, a simple and easy walk within everyone’s reach, to do when spring pushes us to leave home, on a beautiful sunny day better if in the months of May and June, when the flowering of the camucioli reaches its peak.

So backpacks on the shoulder, in the company of family and friends, children and dogs in tow, we leave.

Leave your car in the dock, in the stadium car park or in the surrounding streets, or along the docks of the port, here you will find many free parking areas and, if you have opted for the port area, while you are there, take a look at the imposing yachts floating on the still and calm waters of the docks. Because it is well known: watching, admiring and dreaming a little, at least for the moment, costs nothing.

The Fishermen’s Church and the Burlamacca Canal

If you arrive soon I suggest you to reach the Chiesina dei Pescatori, a small jewel of simplicity and humility. From this place you will see an unusual and delightful view of the Burlamacca canal and a part of the port; then go around the tiny church, on the wall behind it the mural that the master Lazzarini made as a gift to the city of Viareggio, just restored, will leave you pleasantly surprised.

But now it is time to reach Viale dei Tigli, the starting point for our excursion.

The avenue is about 5 km long, but we will only cover half of it. While we walk, the limes, in full bloom in spring, give us a sweet scent that fills our nostrils.

From the beginning we have covered 2.5 km. when, on our left, we find Villa Borbone. If the gate is open push yourself inside. The gardens of the hunting estate wanted by Maria Luisa di Borbone, then Duchess of Lucca, but finished by her niece Margherita many years later, are well kept.

The Villa is opened only a few times a year, on special occasions such as fairs and weddings. It is worth visiting the chapel, where many Bourbons, dignitaries and natives of Parma who already liked the salty air of this coast, rest.

But let’s retrace our steps, i.e. take the pine forest on the opposite side of the villa. This is where the Lipu path begins.

The path is well delineated, a wooden fence follows its direction.

Various signs indicate the flora and fauna that inhabit this pine forest, the Natural Park of Migliarino San Rossore.

Wild boar, deer, fallow deer, badgers… it is very easy to spot the jay with its beautiful blue coloured plumage and, if we are lucky, we can hear the sound of the woodpecker that has stuck a pine tree in the bark of a pine tree to break its shell and eat the seed kept inside. Clever and ingenious, the woodpecker!

At a certain point we cross a path bigger than ours, the wooden fence ends and it seems that the path is finished too… the turning sign remains a little hidden by the vegetation but don’t worry, we just have to turn left and continue. After about thirty metres, on the right, you will find the wooden fence and the path.

The coastal dune of Viareggio

From here, about a kilometre further and already the air and light are changing, we enter the landscapes of the coastal dune. We are approaching the sea!

First we will encounter a lake area, frogs and frogs will stop croaking for a few moments when you pass by.

Then we will find the sand dunes covered with vegetation, dunes that have remained intact since the cementification and that have so much disfigured the coasts of many other Italian and non-Italian coasts.

Our pride and fortune that they are like this and that this is how they must remain.

The scents that will come to you will be many, the pines, the earth, the sand, but above all the brackish and the intense one of the camucioli in full bloom will come to you.

In late spring the dunes will be coloured yellow, the colour of this wild plant, so small, so strong to resist the winds and so tenacious to feed on sand, so beautiful, so wild and so fearless.

Don’t look in the photos I enclose the camucioli, they are not there. I took these photos in March, on a not particularly beautiful day, in advance of the flowering of the camucioli because I wanted to give you time to organize this trip, I would like your eyes to discover this flower in these places.

The beach of Viareggio, After the dunes opens the beach and the sea.

Meanwhile it’s lunchtime… or are there two kicks to a ball first?

If you have brought your packed lunch there is nothing better than a sunny, immense and relatively deserted beach.

But if the sandwich is not for you, take the lane back towards Viareggio and after about a kilometre the Darsena bathing establishments start with various small restaurants and trattorias.

What could be better than enjoying a good plate of seafood spaghetti sitting comfortably at the table under the sun?

But our trip is not over yet. We still have one last point waiting for us before heading back to the car: the outer pier, or breakwater, of Viareggio.

Walk along the whole avenue of the bathing establishments, at the end turn left. Climb the steps of the pier and reach the top.

From here the view of the city is surprising and beautiful. You can see the clock in Piazza Mazzini, the princely structures, works of art of Art Nouveau, the Prince of Piedmont and the Grand Hotel Royal.

On the rocks, to greet us, we are greeted by the pewter statues of a little girl jumping, a little dog and two children, one peeing and the other, face to the sun, enjoying the sun.

The lighthouse indicates the course to the boats and the other pier marks the entrance to the Burlamacca canal, the yachts shimmer under the setting sun, and the flagpoles of the sails soar into the sky.

The sea stretches far away, as far as the eye can see.

This is a place of peace. Of long breaths, of silences. Of respect.

Before going back, a last farewell to the majestic and imposing Apuan Alps, which have always stood guard behind the coast.

A day at the Climbing and Trekking Festival in Camaiore